I have been experimenting with natural dyes for a while now, but this time, I was blown away. 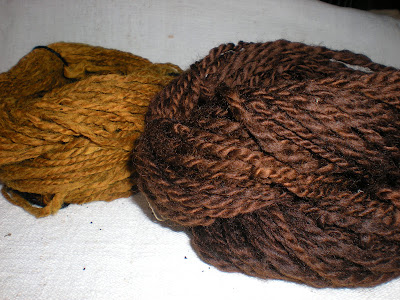 The yarn on the right is just walnuts...no mordant, no vinegar rinse - just walnuts.  It is by far the nicest colour I have ever made.  The ball on the left is the yellow yarn I made with carrot tops that I re-dipped.  I am much much happier with it now. 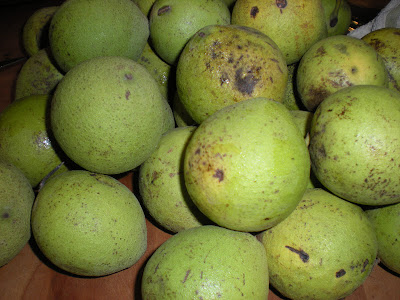 A friend of mine gave me a bag full of black walnuts from the tree in her back yard.  I cut along the outside and twisted them open like avocados to get the hull off. 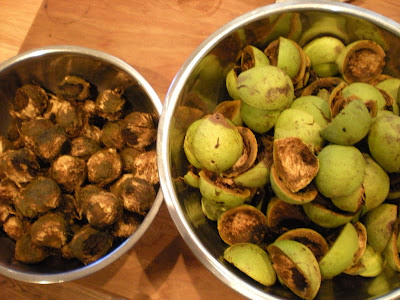 I am letting the nut dry out before I split them open to get the "meat" out.  In the meantime, I put all of the hulls in my dye pot and filled it with as much water as possible and let them soak for one week. 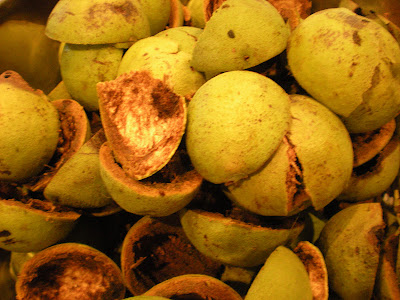 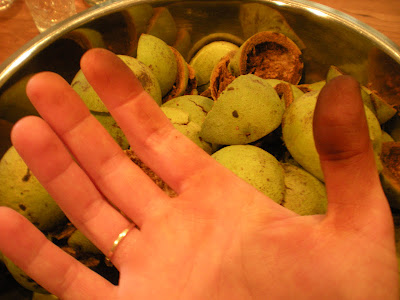 By the way...you should wear gloves.  I knew this, but I always forget to wear gloves.  The picture above is what my hands looked like when I finished separating just that bowl of hulls.  It got worse and worse as the day went on until half my right hand was dark dark brown - almost black - and no matter what you do, it will take days and days to wear off.   Today is day 8 since I separated the hulls and I still have dark brown stains around a few of my fingernails.  It did, however, give me high hopes of what would happen to my yarn:)

So, the hulls soaked for one week.  I brought the whole mix up to a boil and simmered for about an hour.  Then I strained it through a regular household strainer (that I only use for dyeing) and plunked a piece of linen in the pot, just to see if anything would happen.  That's when I realized that I had forgotten to finish spinning my yarn that was intended for this particular dye pot.

The linen came out a nice camel colour just from sitting in the dye bath while I finished spinning.  Next up was the wool.  I didn't even get it wet first (I forgot in my hast to test out the new colour).  I just put it in the pot, returned the pot to a simmer, and let it sit there.  I had intended to let it soak for an hour but after half an hour, the colour was GORGEOUS so I took it out. 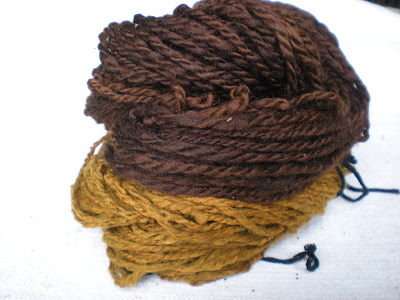 I loved it so much I walked around the house seeing what else I could throw in the pot. 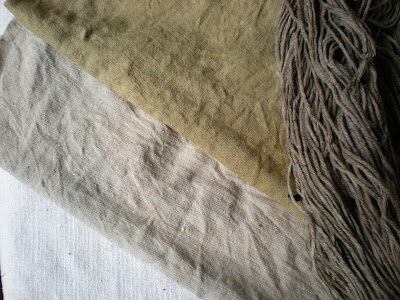 The top piece of linen was my first test run.  It's kind of a nice dark camel colour.  The wool (that came out chocolate) was my 2nd piece in the pot.  I thought I would try cotton (on the far right above) but it came out looking like dirt.  I decided to go ahead and overdye my yellow yarn from last week, and then I thought I would try to tie dye a piece of linen but I didn't put the elastics on tightly enough (bottom piece of linen in the photo above- right above the white piece).  Overall I am quite pleased with everything.  I could pretty much get a succession of lighter and lighter pieces as they came out of the pot.  I will definitely be doing this again next year - with linen and with lots and lots of wool.

What have you been dyeing lately?
Linking up with Keep Calm Craft On over at Frontier Dreams on Tuesday.
The backyard Farming Connection (Hop)
Barn Hop over at Homestead Revival
Creative Friday at Natural Suburbia on Friday
Fiber Arts Friday at Wisdom Begins in Wonder
Farm Girl Friday Blog Fest
Frugal by Choice, Cheap by Necessity
The Self Sufficient HomeAcre for the creative homeacre hop
Wildcraft Wednesday at the Self Sufficient HomeAcre (shared with other hosts as well)
Posted by Natalie at Sunday, October 14, 2012

Email ThisBlogThis!Share to TwitterShare to FacebookShare to Pinterest
Labels: dyeing with plants 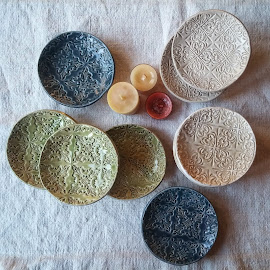 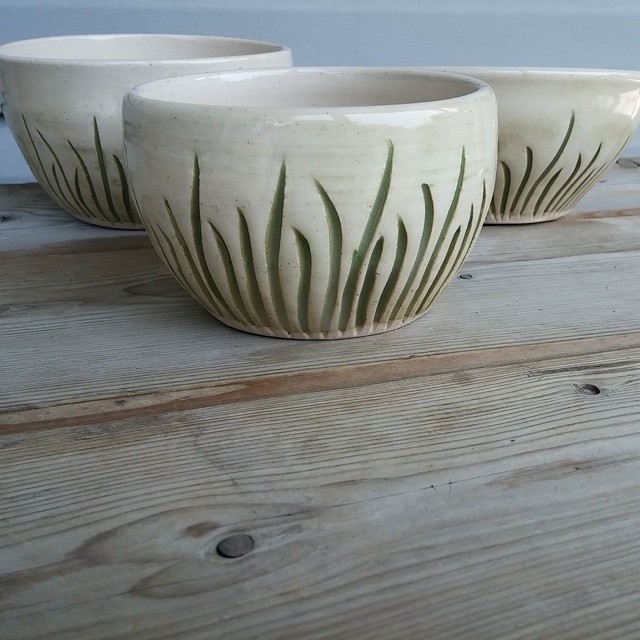 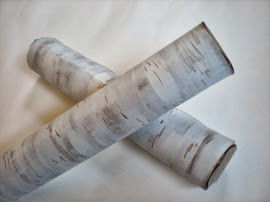 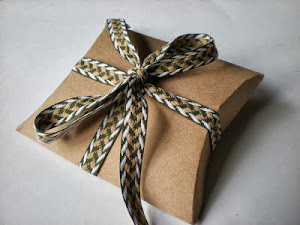 Make a gift box from a cereal box